Biography, memoirs and other non-fiction works are to be found here. 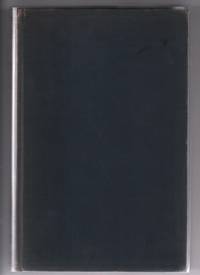 Science and Sanity: An Introduction to Non-Aristotelian Systems and General Semantics
by Alfred. Korzybski

Lancaster, (PA): International Non-Aristotelian Library Publishing Company / Science Press Printing Company, 1933. Hardcover. Very good/missing. A good plus first edition, first printing, as stated. SIGNED by the author on a pasted-in Korzybski notepaper to journalist and defender Robert H. Allen. Embossed lined blue cloth boards; corners bumped. Title stamping on spine worn and faded. General dust stains to endpapers and edges. Mull showing, but hinges intact, at the half- title page. First free endpaper and title page wrinkled. Binding a bit soft. Offsetting on final index page where Allen’s defense of Korzybski is pasted into the final leaf. Dated by Allen present as well on final leaf. 798 pp. including index with drawings and graphs by the author. Octavo, 6&1/4 x 9&1/2 inches tall.. Alfred Habdank Skarbek Korzybski ( July 3, 1879 – March 1, 1950) was a Polish-American independent scholar who developed a field called general semantics, which he viewed as both distinct from, and more encompassing than, the field of semantics. He argued that human knowledge of the world is limited both by the human nervous system and the languages humans have developed, and thus no one can have direct access to reality, given that the most we can know is that which is filtered through the brain’s responses to reality. His best known dictum is “The map is not the territory”. – Wikipedia 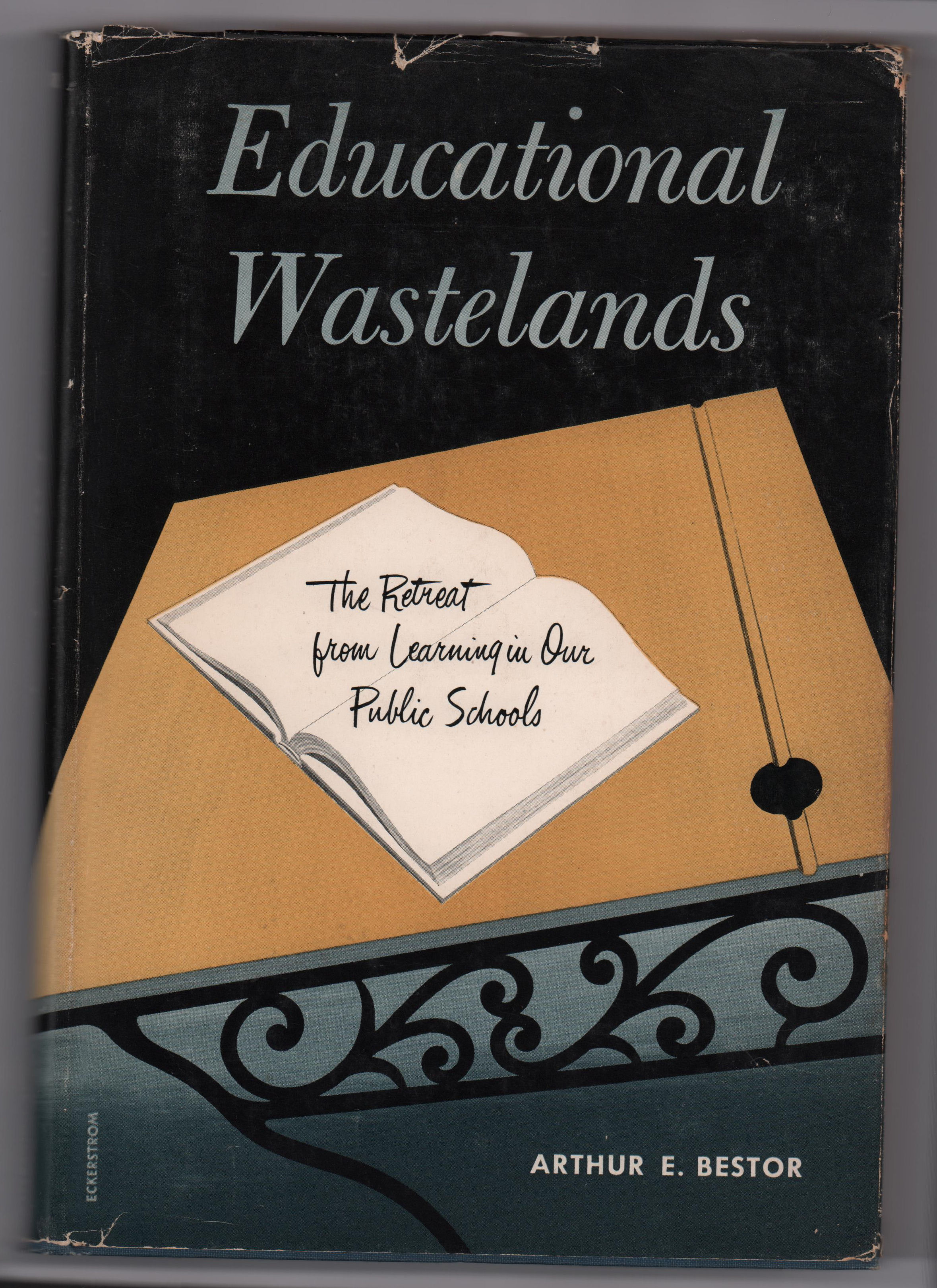 Educational Wastelands: The Retreat from Learning in our Public Schools
by Arthur E. Bestor

Urbana: The University of Illinois Press, 1953. First Edition. Hardcover. Very good/very good. A very good first edition in its original, very good dust jacket. Blue cloth boards with silver title stamping. Front cover shows a very light, nearly imperceptible dampstain. Binding is sturdy and square. Toning to page edges, with toning and spotting on endpapers. Previous owner’s named stamped on first free endpaper. Dust jacket has a moderate amount of creases and chips at top and bottom edges, and heavy spotting on rear flap. 226 pp. including index. Royal octavo, 7 x 10 1/4 inches tall. After establishing himself as an academic historian, Arthur Eugene Bestor Jr. achieved national renown during the 1950s as a critic of Progressive education. Bestor won notoriety, however, not for his serious scholarship, but for his popular criticism of Progressive education. The teacher shortage that followed World War II resulted in an increase of enrollments in education courses and a corresponding decrease of enrollments in liberal arts courses. Tensions between the two faculties emerged at many institutions, including University of Illinois, where Bestor was teaching. Bestor aimed his initial attack on Progressive education for a lack of academic standards, and specifically, at advocates of “life adjustment” education on the faculty at the University of Illinois. Bestor eventually broadened his critique from life adjustment education in particular to Progressive education writ large. In Educational Wastelands (1953), Bestor charged that professional educationists had “lowered the aims of the American public schools,” particularly by “setting forth purposes for education so trivial as to forfeit the respect of thoughtful men, and by deliberately divorcing the schools from the disciplines of science and scholarship” (pp. 8, 10). For Bestor, the traditional liberal arts curriculum represented the only acceptable form of secondary education.He claimed that Progressive educators, “by misrepresenting and undervaluing liberal education, have contributed … to the growth of anti-intellectualist hysteria that threatens not merely the schools but freedom itself.” (p. 11) 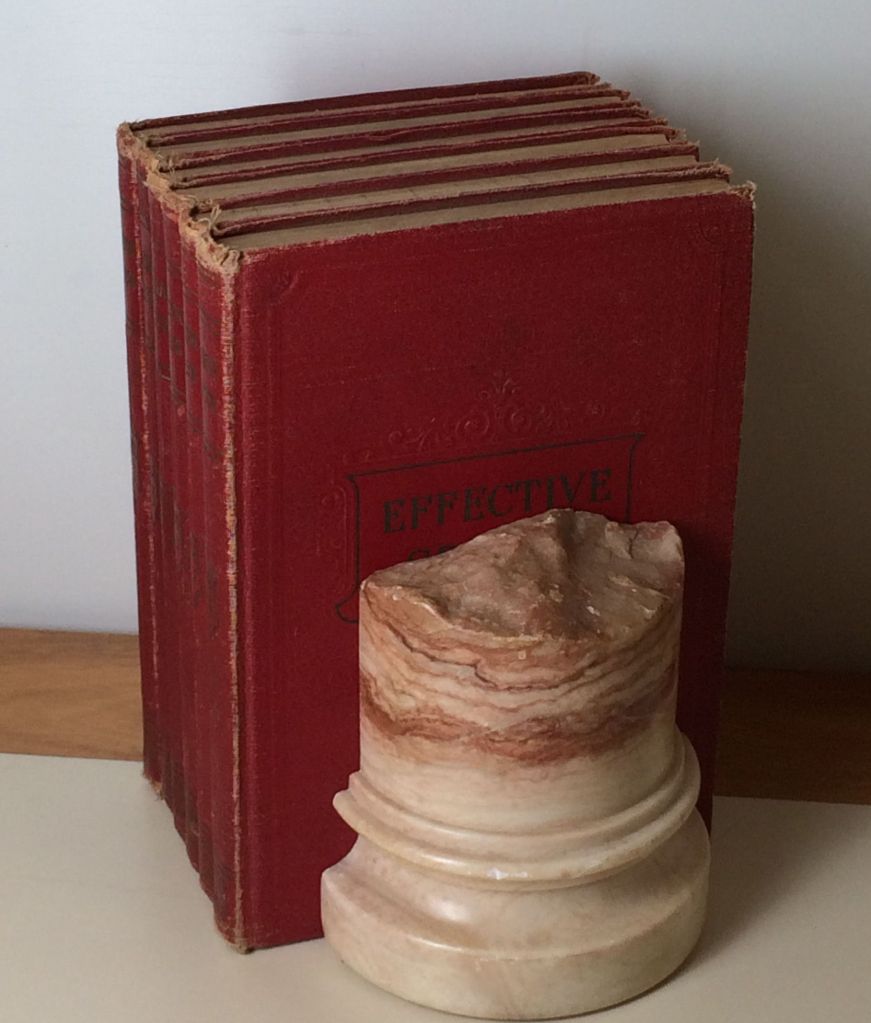 Chicago: Markus-Campbell, 1939. Later printing. Hardcover. Very good. Later printing (1939). Complete in six volumes. Embossed red cloth hardcover. Heavy wear to edges and head/tail of spines. Vol. 5 has pencil markings on top edge. Pp. 33-34 of volume 5 is torn away and facsimiles of pages have been loosely laid in. Toning throughout. Illustrated with black and white drawings. Duodecimo. 142 pp. Absolutely everything one would need to know about public speaking, right down to how to point properly with the hand. 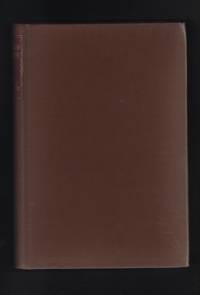 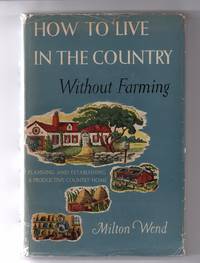 How to live in the country without farming
by Milton Wend

New York: Doubleday, 1944. First Edition. Hardcover. Very good +/very good. A very good plus first edition in a very good dustjacket. Blue cloth boards, toning to pastedowns and endpapers. Dustjacket shows small tears and loss along edges, unclipped. 316 pp, including index. Octavo. A World War II book containing everything from accounts to weaving. “24 chapters for newcomers on their flight from the city that include all technics of country living for the productive country home, where income from non-agricultural services is preferable. It is a thoroughgoing guide, honest, sometimes deliberately hardboiled about obstacles, but reasonable and seemingly practical in all matters pertaining to moving to and living in the country. From the buying of the land, repairs and improvements, indoors and out, to self-maintenance from garden, orchard, field, livestock, etc., to listing 120 money earning urban occupations that can be practised in small communities, home industries, planning, education, health — this is a commonsense manual.” — Kirkus Review 1944

Variously published as: Frontier and pioneer life: A Boy’s Narrative of the Adventures of a Settler’s Family in Canada. Thi is an unauthorized reprint of the work which originally appeared under title: George Stanley; or, Life in the woods, by John C. Geikie, London: Routledge, 1864. Re-published under various titles and publishers.

John A. Logan. The Volunteer Soldier of America with Memoir of the Author and Military Reminiscences from General Logan’s Private Journal. Illustrated. First Edition. Very good

Livia (58 BC-29 AD), the wife of the first Roman emperor, Caesar Augustus, and mother of the second, Tiberius, wielded power at the centre of Roman politics for most of her long life. Livia has been portrayed as a cunning and sinister schemer, but in this biography (the first in English devoted to her) Livia emerges as a much more complex individual. Achieving influence unprecedented for a woman, she won support and even affection from her contemporaries and was widely revered after her death. Anthony A. Barrett, author of acclaimed biographies of Caligula and Agrippina, here examines Livia’s life and her role in Roman politics. He recounts the events of her life, from her early days as a member of the wealthy and powerful Claudian family through her final conflicts with the new Emperor Tiberius. Barrett also considers how Livia helped shape the pattern of Roman government that prevailed for the next four centuries. – Dust jacket